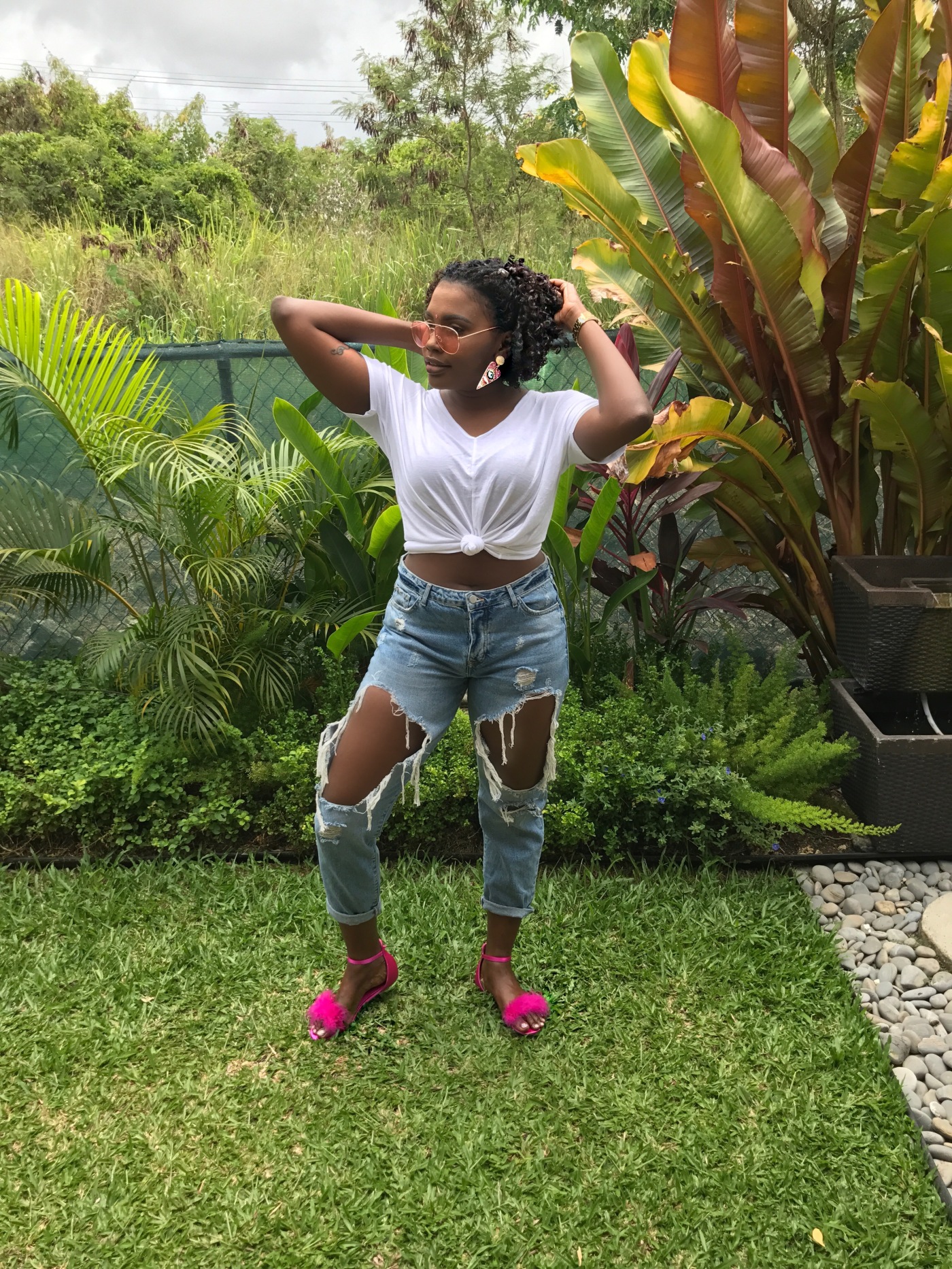 *This was originally posted on June 6th and I’ve just realised it was deleted.*

After posting my last post, I realised that I didn’t share my flight experience with you guys! As usual, it was horrible. I know I was not overreacting because I saw a woman gasp and put her hand over her mouth in fear.
There was a feature on the entertainment system to view the plane’s landing and I thought it would be a good idea to watch. I know now that that was a bad decision. I could see the plane getting lower and lower but Barbados was not in view anymore- this was when the panic began. On top of us landing on water (because that’s what I now thought), the plane started to bounce. My palms were sweating, knees weak, arms were heavy, but for real, I was about to have an anxiety attack. At this point, I thought about turning off the screen and not watching the landing but then I thought I didn’t want to miss something, just in case I could help. Help how? I didn’t exactly know, but it sounded like a plan. Finally, Barbados appeared on the map after a few bumpy turns. I started to breathe again when the wheels hit the tarmac.
I’ve not made many plans for my time here. Kiara and I have a few things planned. I’ve planned a beach day with one of my best friends tomorrow (if all things work out) but not much else. A lot of me just going with the flow.
No sightseeing today. No eating out today because my mother made all my favourites- lamb stew, pork vindaloo and she baked a ham! I went to my former workplace to see one of my life advisors (lol).
You need to have a few older friends in your life. The ones who’ve been through it all and can see your future for you. That’s my Shalamar. We spent a couple of hours talking and laughing but it was cut short because I had to leave to pick my mother up from work. The rest of the day was spent running a whole bunch of errands with my mother.
*sidenote* You know what I don’t miss? The confidence of Bajan men. This boy had the audacity to cat-call me today. My response? You are a school boy, you got to be joking!
THE LOOK
I finger coiled my hair today. And yes, it took as long as you imagine it did! The sunglasses and earrings are from H & M. The shirt, jeans and shoes are from the ever faithful Primark. 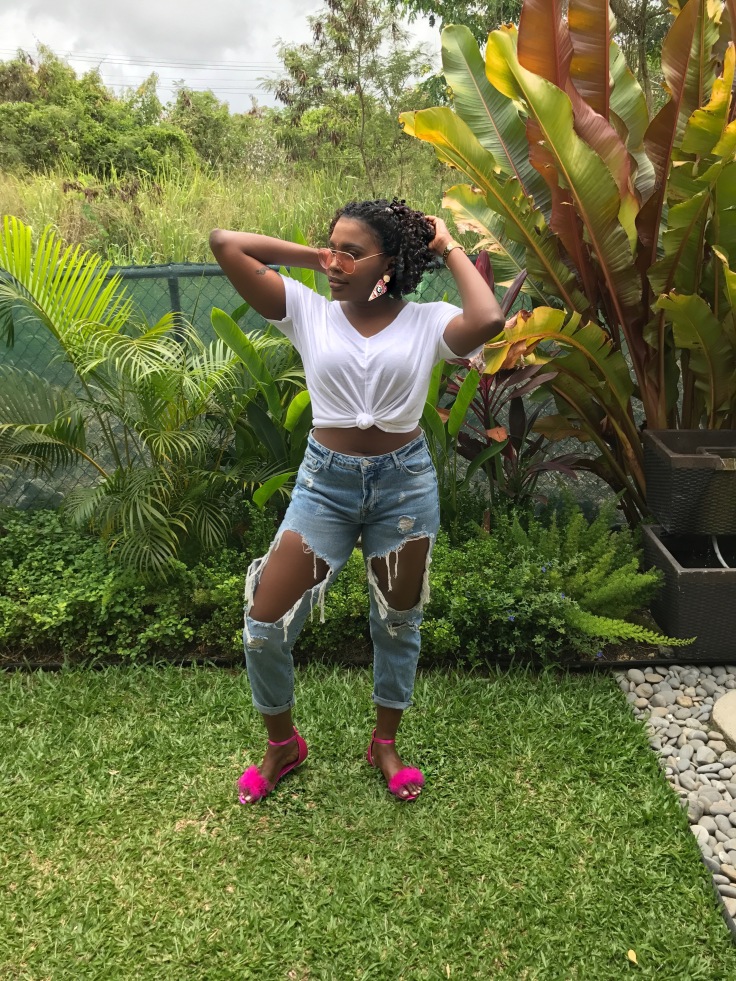 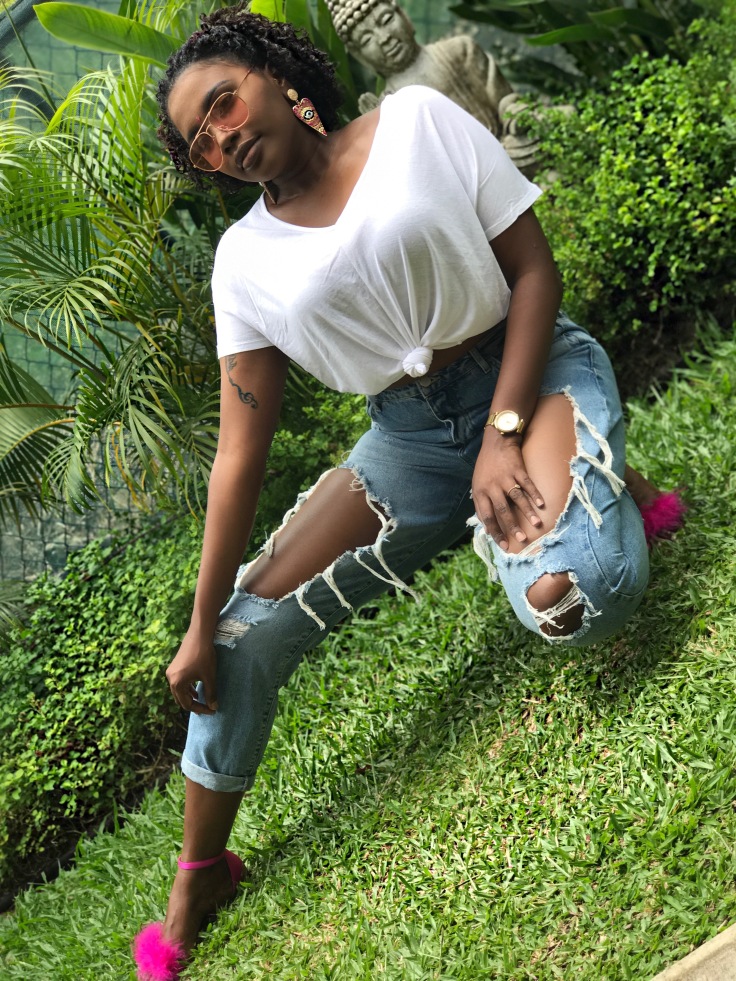 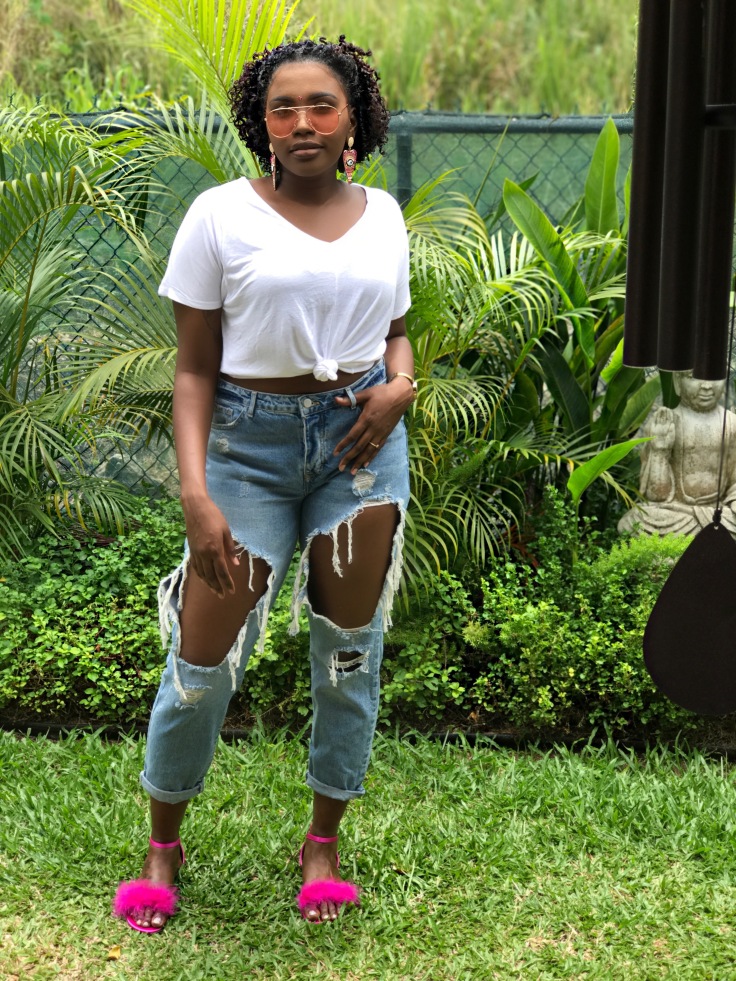 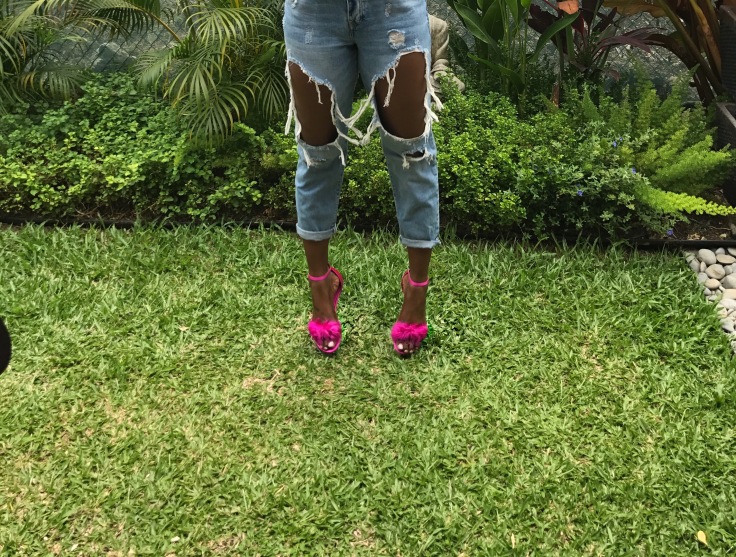 Please don’t expect a daily update on my trip. I’m a bit busy soaking up the sun and being mummy. 🙂
Kira    x